Iranian writer Sepideh Jodeyri has been effectively exiled from Iran after a campaign of intimidation and persecution by the country’s press and authorities following the publication of her Blue is the Warmest Colour Persian translation.

Julie Maroh’s graphic novel tells the story of a romance between two women in Paris. Since Jodeyri’s Persian translation has become available in print and online, she has faced accusations by conservative Iranian media of supporting homosexuality – a crime punishable in Iran by one hundred lashes and in some cases even death.

Conservative website Aviny Film said “Jodeyri has spoken in support of homosexuality… how can we let such a person publish other works for readers in Iran?”. Farhang News added “Sepideh Jodeyri has translated a prominent book, which has been published in support of homosexuals. She has also given interviews to anti-revolutionary websites about her work… such actions are questioning the values of our society”.

In signs that Iranian authorities are also responding negatively to the book’s LGBT themes, Jodeyri’s publisher and media contacts have recently encountered serious professional obstacles. She said: “an event [in Tehran] for my recent poetry collection And Etc was cancelled, the organiser was sacked from his job, my publisher was threatened with having his licence suspended and newspaper interviews were withdrawn”. She is now based in Prague and is touring to promote the book, which is published by Paris-based Persian language company Naakojaar.

In a blog post on her own website, Julie Maroh called on her readers to support Jodeyri. “It is unbearable to me that such events go uncommented on,” she said. 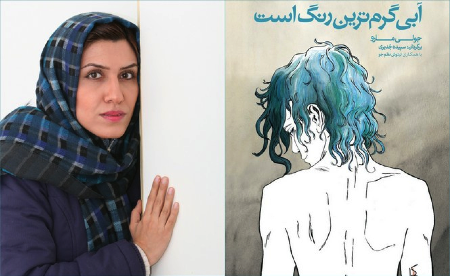 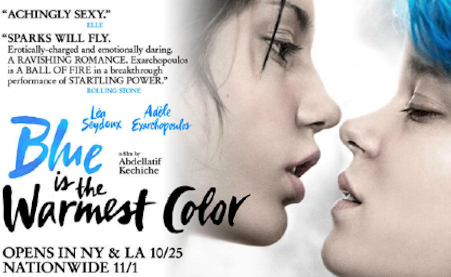