Suspects of stealing Banksy’s artwork from Bataclan detained in Paris

French and Italian police found the artwork in an abandoned farmhouse in the Italian region of Abruzzo. 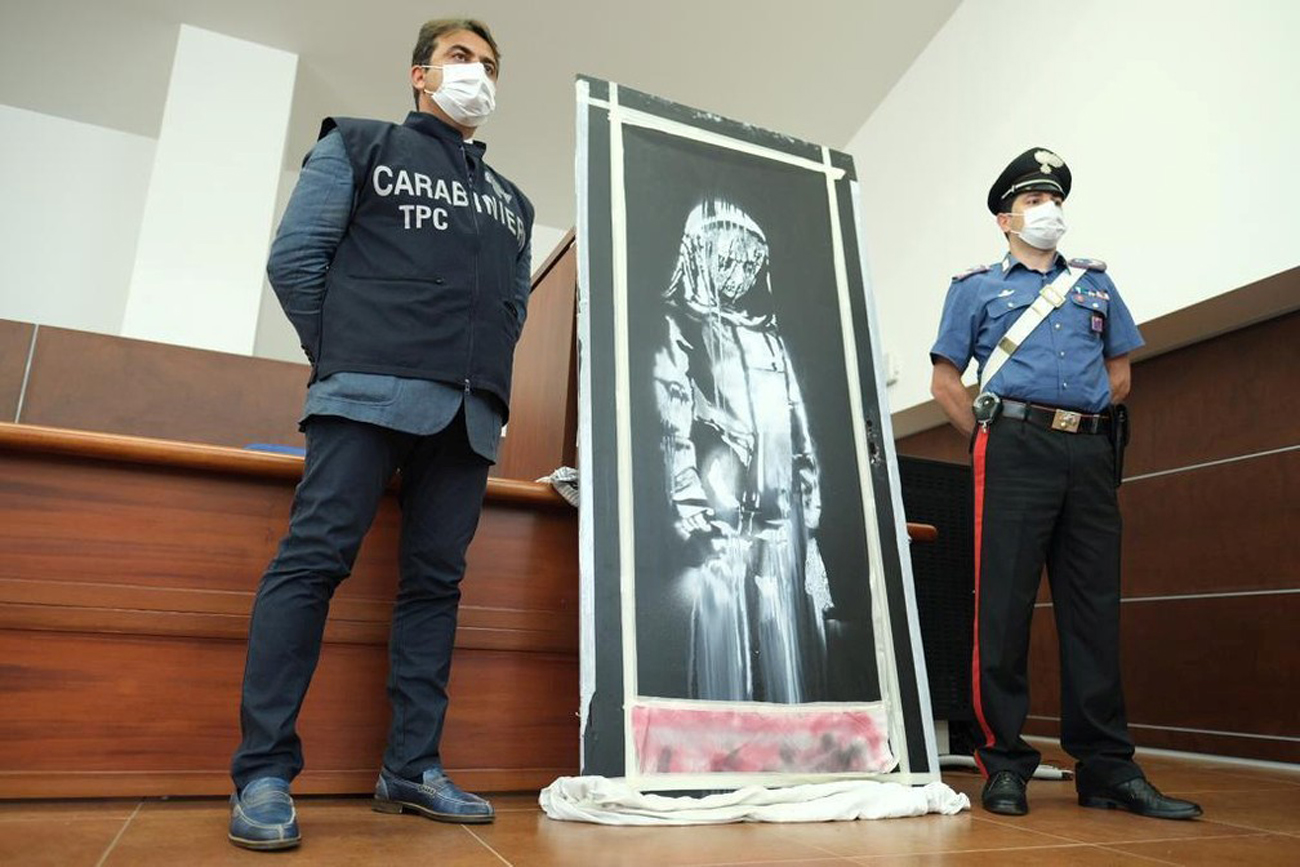 Six suspects of stealing Banky’s mural dedicated to the victims of the 2015 terrorist attacks in Paris were arrested in Paris, Artguide learnt from the Guardian.

Banksy created his mural on the emergency exit door at the Bataclan concert hall, where terrorists opened fire during the concert by American rock band Eagles of Death Metal on November 13, 2015,killing 89 and injuring over 200 people.

In 2018, Banksy painted a mourning woman on the concert hall’s door.

Thieves stole the mural in 2019, using an angle grinder to cut the steel door out.

In mid-June 2020, Banksy’s artwork was found during a joint operation by French and Italian police in an abandoned farmhouse in L'Aquila in the Abruzzo region, Italy.