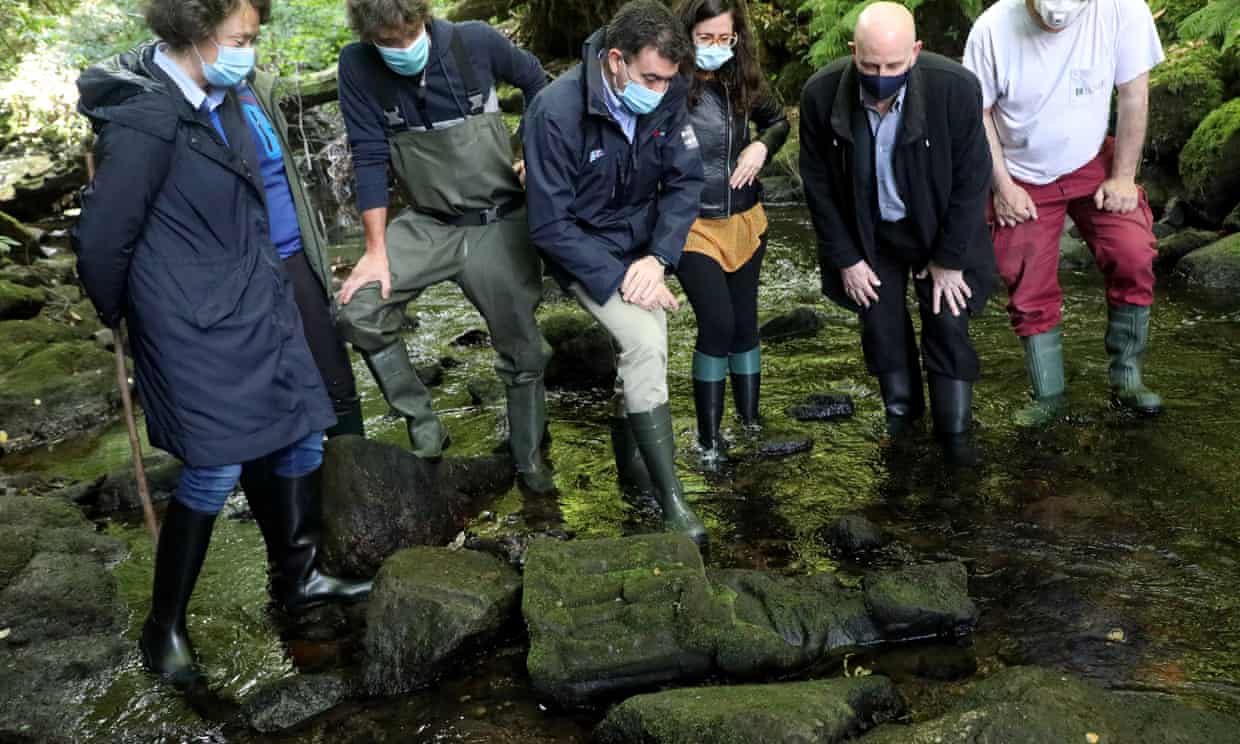 A fisherman tripped over a slimy rock in the Sar River near Santiago de Compostela in North West Spain. The local authorities believe it could be a 700-year-old granite statue of the Virgin Mary and Child, Artnews reports.

“I noticed the stone was square – which is odd in a river – and then I looked at its lines, at the cape, and at the shape of the head,” Fernando Brey told the Voz de Galicia newspaper. “And I said to myself: ‘There’s something here’.”

The local authorities pulled the stone from the river on Monday and transported it to the Santiago Pilgrimage Museum for further analysis. The preliminary investigation suggests that it is a genuine religious relic. The work is carved in the local Galician style and designed to be attached to a wall,

“On both sides of the Virgin, by each of her shoulders, are two angels or putti,” the Galician government said. “They’re fairly worn away, but you can still make out each of their faces and a hand holding up an object or the Virgin’s own cape.”

The sculpture base is decorated with flowers and acanthus leaves. The face of the Virgin has been destroyed and the Christ figure is headless. The local authorities believe it is probably an “old impact inflicted in an attempt to desanctify the piece”.

Román Rodríguez, the local minister for culture and tourism in the regional government, said: “Beyond its cultural and historic value, we’ll also need to try to put together the story of this statue: what happened, and how could it remain undiscovered so close to the city for so many centuries? It must be quite a story.”