Banksy devotes his new artwork in Birmingham to homeless people 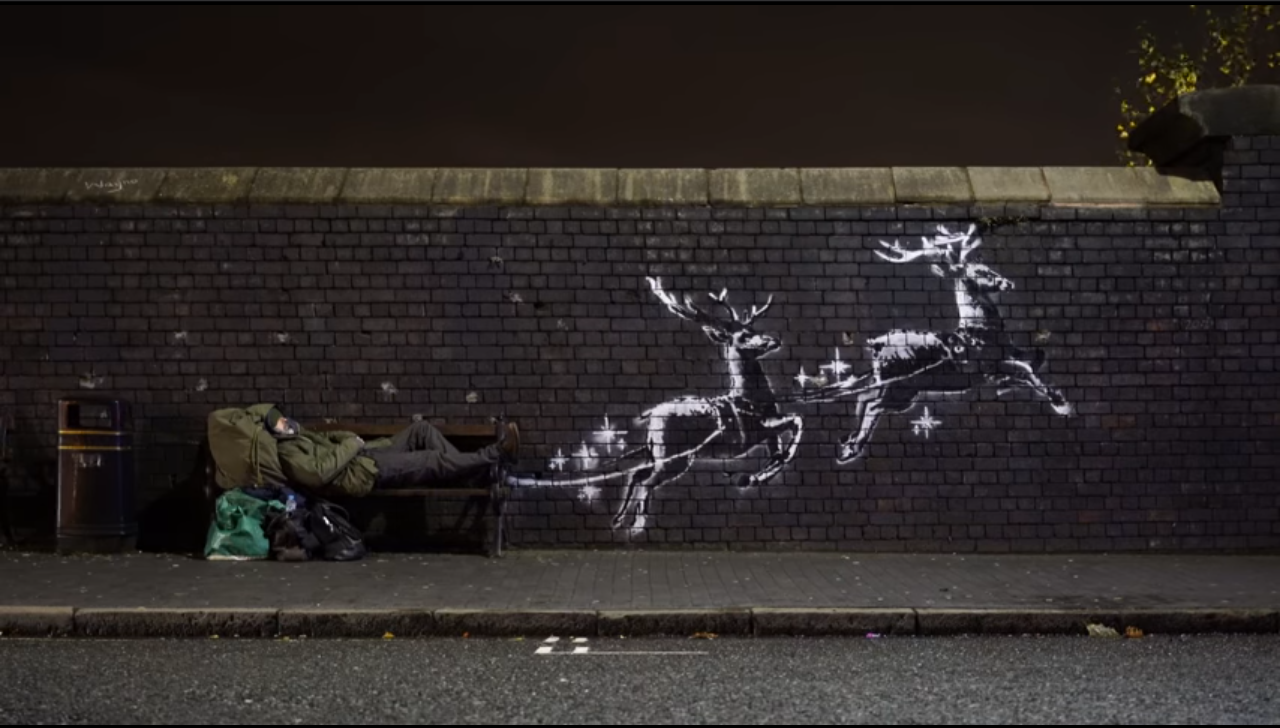 The piece appeared on a brick wall in the city's Jewellery Quarter on December 9, 2019. The artist later posted it on Instagram.

The video shows homeless man Ryan drinking water from a plastic bottle and lying down to sleep on a bench. The painted reindeers “pull” the bench into a Christmas fairy tail.

Banksy wrote in the caption: “God bless Birmingham.
In the 20 minutes we filmed Ryan on this bench passers-by gave him a hot drink, two chocolate bars and a lighter - without him ever asking for anything.”