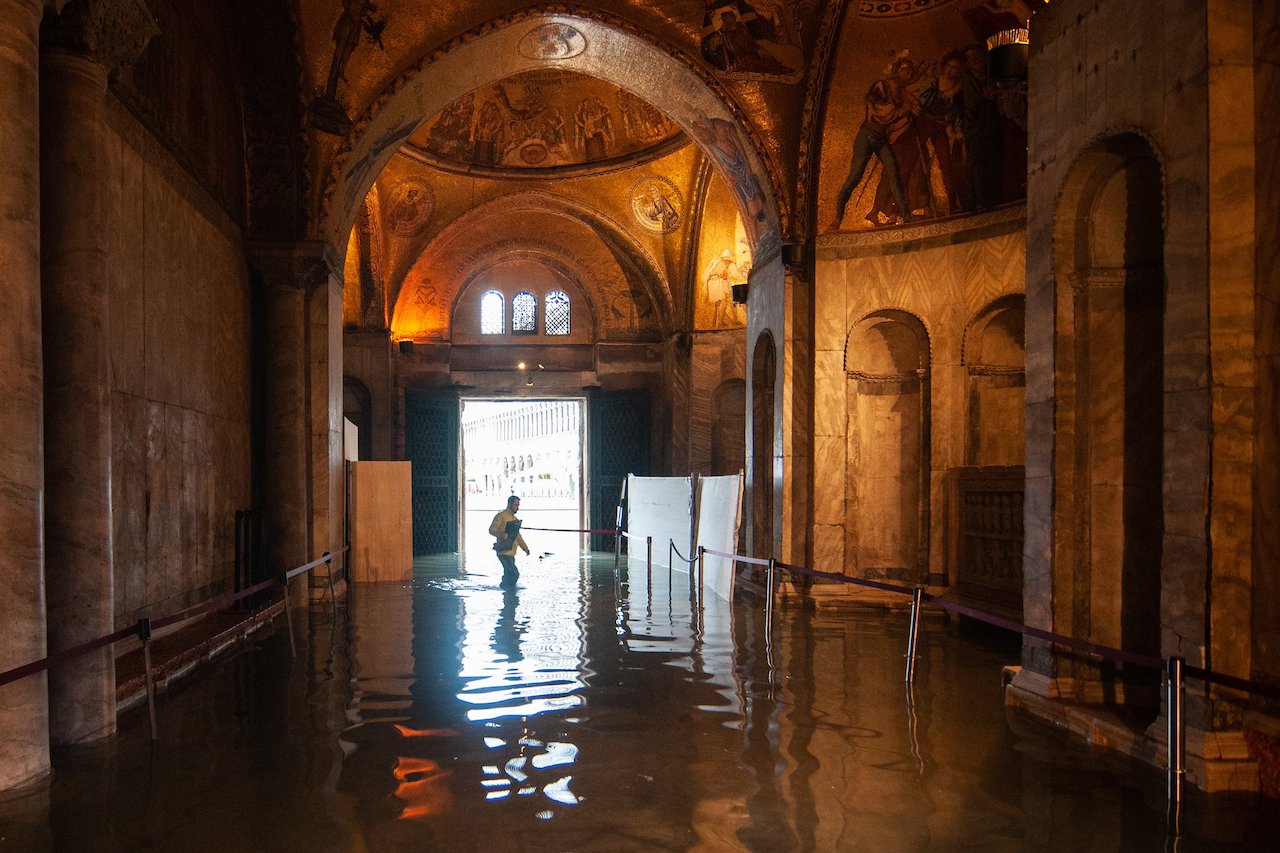 Twp people have died and most museums closed in Venice to the worst flood in 50 years, according to Artguide.

Venice's patriarch, Monsignor Francesco Moraglia says the building suffered “structural damage”. The damage to the lower section of the mosaics may be irreparable, according to him.

Venice’s museums were not severely damaged except for the Ca’Pesaro, which hosts the International Gallery of Modern Art. An electrical short circuit caused a fire, which was quickly extinguished.

Most museums as well as the main venues of the Venice Biennale, the Giardini and the Arsenale, have closed to the pubic. The Biennale’s spokesperson does not say whether the exhibitions’ run will be extended. The 58th Venice Biennale is due to closed on November 24, 2019.