The facts: The accident at the nuclear power station in Chernobyl in Ukraine in 1986, affected 60% of the landmass of Belarus and turned the forest red. Radioactive contamination led to a massive rise in birth defects and cases of thyroid and other life-threatening cancers and related deaths – though the exact numbers are contested. A new nuclear power station is now being built in Belarus on the border of Europe. It has failed to meet international and European safety standards of assessing environmental impact and public involvement in the consultation process. People fear that another Chrenobyl is in the making, but Lukashenko is going ahead in the face of protest from within the country and from neighbouring countries.

The campaign: Although the accident at Chernobyl was in neighbouring Ukraine the people of Belarus bore the brunt of the fallout that continues to devastate lives nearly 30 years ago. But the government seems not to have learnt from this tragedy and are pushing ahead to build a new nuclear reactor which fails to meet international safety or environmental impact standards. BFT’s Red Forest campaign highlights the work of Tatiana Novikova and her colleagues in Belarus, to stop the construction of the new nuclear power station in Belarus. She started a petition and lobbies European politicians, energy and environment conventions to put pressure on Lukashenko. 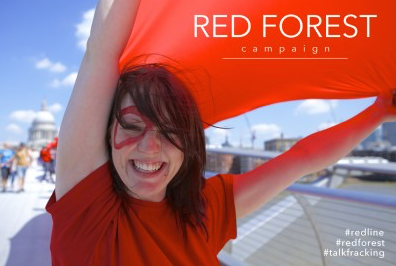 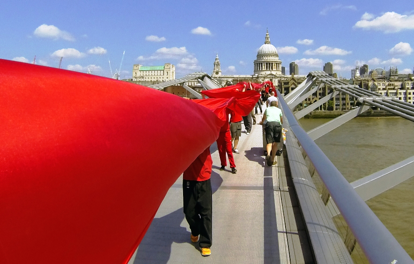 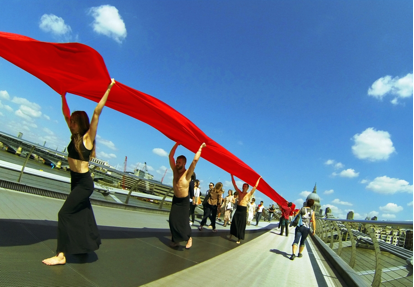 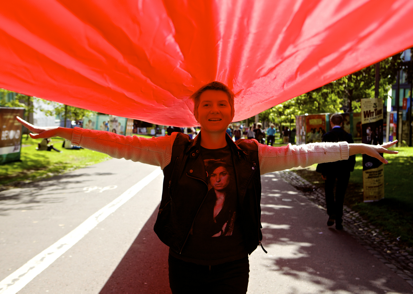 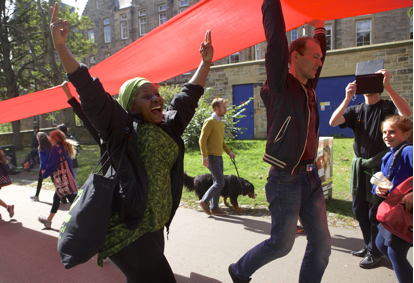 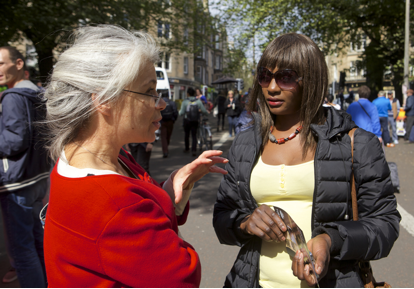 Public Stunt - Drawing the red line: inviting audience members, members of the public, friends and supporters we gather as many people as possible to help us draw the red line against dirty, unsafe energy. The red line is 300m long – the length of Millennium Bridge in London where we drew the line for the first time. We raise awareness of the threat to the future of clear air in Europe, and link to other environmental campaigns that are relevant to the town or city where Red Forest is being performed.

The play – Red Forest: BFT grew up with the horrors of Chernobyl, and with this first hand experience the company undertook a research trip to many countries to meet people whose lives and livelihoods had also been destroyed as the result of dirty, dangerous energy production and displacement as a result of climate change. Red Forest brings the people they met and the stories they told together in modern day epic legend for 21st century. “Its achievement is to link the different kinds of suffering endured by many all over the world through the common, loving, welcoming hand of an art form that challenges, provokes and encourages compassion.”

More from the Ministry of Counterculture, the real stories and people the play Red Forest is based on:

Another Chernobyl?! No thanks! Join me - sign petition to block dodgy new nuclear plant in Belarus http://t.co/lHTUIP09lp

HOW TO GET INVOLVED

Join our latest #TALKFRACKING + #REDLINE action in a city near you. Please search twitter, keep an eye on our CAMPAIGNS pages, and get in touch direct by emailing info@belarusfreetheatre.com

SEE RED FOREST THE PLAY!
Find out where Belarus Free Theatre’s play #REDFOREST is next on.

Join us on Social Media

No human deserves to be without rights