Give a Body Back campaign

The facts: In 2011 two young men, Vladislav Kovalyov and Dmitry Konovalov, were accused of setting off a bomb in the underground in Minsk which killed 12 people. There was no concrete evidence against them and they were quickly executed. Their bodies were never returned to their families. 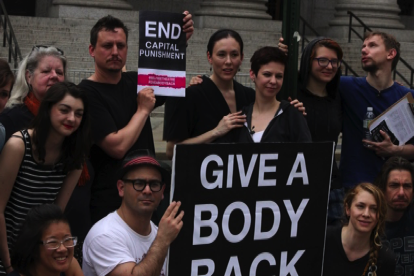 Give a Body Back - The Campaign: Vladislav’s mother who vehemently protests her son’s innocence, and that of his friend, started a petition to end the death penalty in Belarus and, until it is abolished at least to return the bodies of executed prisoners to their families.

Public stunt: In support of this campaign, launched at the world premiere of Trash Cuisine in Amsterdam, BFT company invites members of the audience, friends and supporters to join them in a public demonstration. Choosing an iconic site in the city or town where Trash Cuisine is being performed, the participants are zipped into body bags and lie motionless for 40 minutes.

Trash Cuisine – The Play: The story of this execution set the company off on a journey of research into the death penalty in countries around the world where it is still imposed and Vladislav’s story features as the moving finale of this gruelling play which is “clearly meant not to entertain, but to wake us up” – newyorker.com May 2015 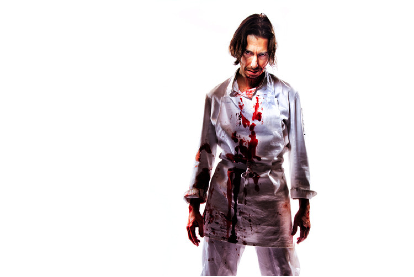 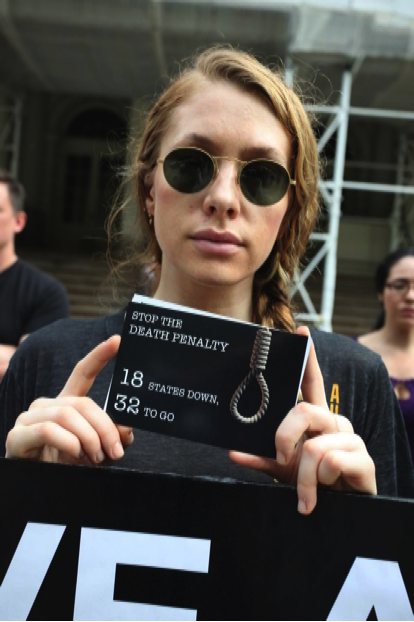 Casey LaBow with the Belarus Free Theatre’s #GIVEABODYBACK at the Supreme Courts of Justice, New York – May 2015 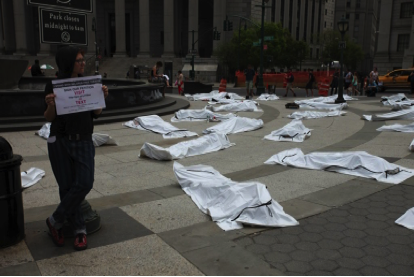 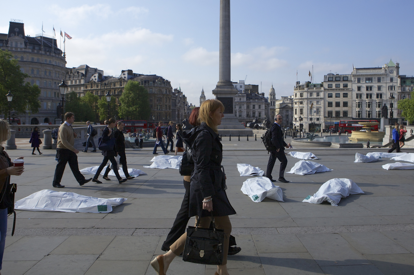 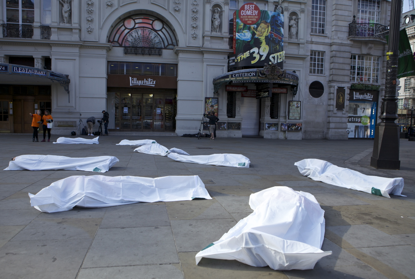 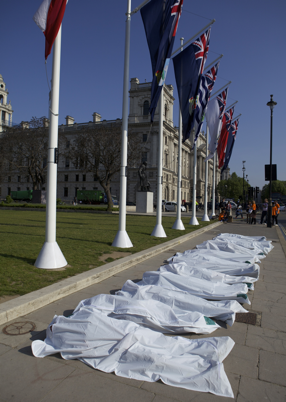 Give a Body Back from La MaMa on Vimeo.

Natalia Kaliada Introduces Give a Body Back from La MaMa on Vimeo.

Families of victims speaking out:

HOW TO GET INVOLVED

1) Sign the petition
2) Tweet the petition @BFreeTheatre #GIVEABODYBACK #TRASHCUISINE
3) Join our latest #GIVEABODYBACK action in a city near you. Please search twitter, keep an eye on our CAMPAIGNS pages, and get in touch direct by emailing info@belarusfreetheatre.com

Find out where Belarus Free Theatre’s play #TRASHCUISINE is next on.

Join us on Social Media

No human deserves to be without rights