Freedom From Torture With Belarus Free Theatre At The Young Vic

Earlier this month Belarus Free Theatre invited Freedom from Torture to lead the post-performance audience discussion of their play Being Harold Pinter at the Young Vic Theatre. Noreen McKeever went along to watch them in action:

Belarus Free Theatre was founded under Europe's last surviving dictatorship and its members forced into exile. Since 2011 they have had political asylum in the UK and all of their projects are about defending free speech and artistic expression. The list of artists banned in Belarus includes not only Belarusians, but also Jude Law, Sir Tom Stoppard, Ian McKellen, the Pet Shop Boys and Kevin Spacey - because together with Belarus Free Theatre they have spoken out against the dictatorship and in defence of artistic freedoms. 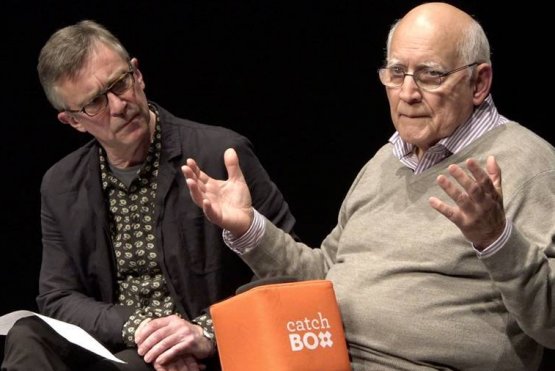 Being Harold Pinter combines testimonies from Belarusian political prisoners with excerpts from Harold Pinter's writings. Since first performed in Leeds in 2007 it has become one of Belarus Free Theatre's most acclaimed works. With uncompromising bluntness it portrays the relationship between power and violence.

It was incredibly intense and almost impossible to watch in parts, but also a very poignant commentary on institutionalised violence; something which all Freedom from Torture clients have experienced. The play also demonstrates the human dignity of those determined to stand up against oppression and for freedom.

During the post-performance platform discussion, Freedom from Torture patron John McCarthy invited Belarus Free Theatre director Vladimir Shcherban to talk about how the show came about. As he concluded that story Vladimir said, "we know a lot of people in prison in Belarus... all the prisons smell the same, and the darkness is the same".

John spoke movingly about how he came to know Freedom from Torture following his five-year ordeal as a hostage in Lebanon. Perico Rodriguez, one of our counsellors, also spoke of his own experience of being tortured in Argentina and all the ways in which he witnesses torture dismantling the personality.

Belarus Free Theatre's performance inspired our speakers and the audiences to tussle with difficult questions: Can one ever recover from torture? How big is the problem of torture? Ultimately what can we do to fight it? John concluded the discussion with a call to action: exhorting the audience to help survivors of torture by supporting Freedom from Torture, and to share awareness of the issue of torture and our charity with their friends.

Belarus Free Theatre's campaigns and events manager Julia Farrington said afterwards, "Having John and Perico to speak after the performance was so powerful and meaningful - I feel personally very privileged and delighted to have had the opportunity to meet them both and for everyone to been part of such an inspiring and thought provoking conversation. The discussion really amplified the final words of the play which are also the closing words of Pinter's Nobel acceptance speech - 'the hope of restoring what is so nearly lost to us - the dignity of man'".

In addition to Freedom from Torture, Belarus Free Theatre has partnered with Reprieve, Privacy International, Kaleidoscope Trust, and the Rory Peck Trust over these post-show discussions on injustice and censorship.