British Theatre Guide: It is a play Lukashenko should come and see

The Belarus Free Theatre's Russian language play Time of Women opens with the dramatic audio recording of the journalist Iryna Khalip’s distressed 'phone interview with a Moscow radio station as she is dragged from her car and assaulted by the police in Belarus. This happened in December 2010, when people in Belarus were protesting the corrupt presidential election of Lukashenko. 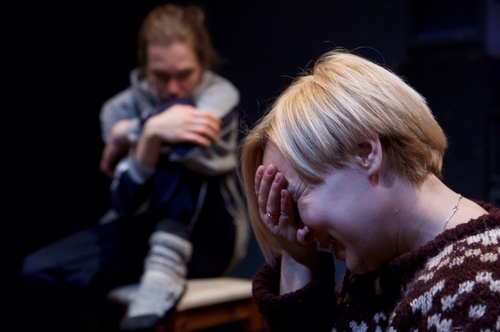 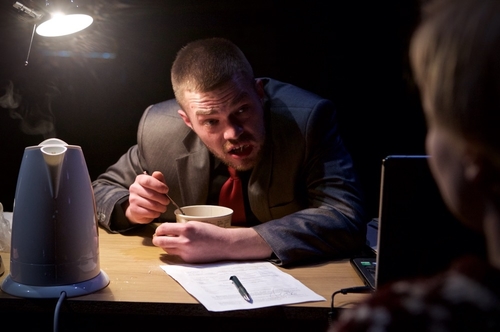 Time of Women recreates something of the experience of three women who were arrested and locked up in the same cell during those December protests. Iryna Khalip (Maryia Sazonava) had been trying to take her husband to hospital after his leg had been broken by police. Nasta Palazhanka (Yana Rusakevich) is a young protester. The journalist Natalya Radina (Maryna Yurevich) was working at an independent news site when she was arrested by the KGB for “organizing mass disorder".

The play cuts between three settings. There is the narrow prison cell dominated by a three-tier bunk bed. This is kept under surveillance by a number of cameras that transmit what they see to piles of television sets stacked on the stage. Interrogations take place in the interview room of a KGB officer, Colonel Orlov,﻿ played by Kiryl Kanstantsinau﻿. The third setting is a room decorated for Christmas where two of the three women reflect on what happened.

The most moving scenes take place in the prison cell where the women talk to each other of their fears and hopes. Sometimes they sing and joke to raise their spirits.

The play shows us something of the impact of this confinement. Natalya has terrible dreams of planes falling out of the sky and supermarkets collapsing. Iryna worries about the children the KGB have threatened to take into care and her husband in hospital. Nasta goes into a panic when the KGB officer talks about her family.

The interrogations are cruel and absurd. The KGB officer ﻿is irritable and more interested in the noodles he is eating than in the women he is impatiently trying to get to sign a confession. Nothing seems to work for him and each interview shows him out of his depth.

At times he barely seems to believe in what he is doing. At one point when Irina asks the officer, "tell me, why are all the KGB officers so stupid?", he can do little more than weakly point out that she wouldn’t speak about a cripple like that. If the regime rests on the shoulders of such police, then its future is very precarious.

The production has some striking scenes such as the moment early one morning in the cell when the women are brushing their teeth and holding a sheet for each other to provide some privacy. Suddenly one begins a brief rousing song which the others all join in singing.

There are also moments of humour, but the play’s main strength is the bright light it throws on the experience of three women wrongly imprisoned for protesting a corrupt government. It is a play President Lukashenko should come and see. Surely there is nothing he should fear from a play?

Time of Women is part of a two-week festival of ten shows from the Belarus Free Theatre. All the shows in the festival are live-streamed and are available for two weeks to see at the Ministry of Counterculture.